Our simple, quick guide to Número de Identificación de Extranjero or your NIE.  Simply scroll down to find out more… 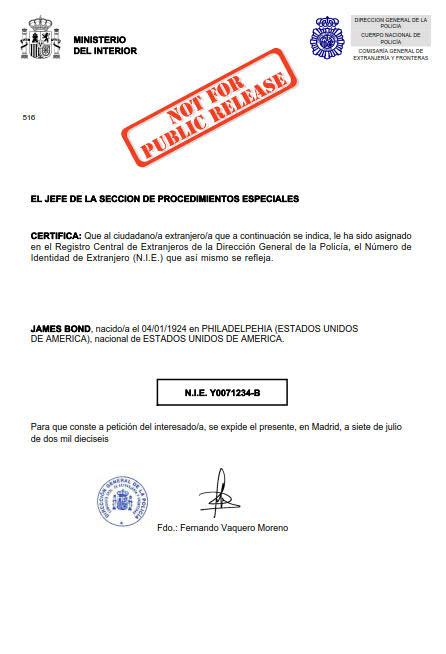 The NIE (Número de Identificación de Extranjero) is the identification number in Spain for everyone who is not a Spanish citizen. It is the counterpart to a DNI for Spanish citizens. Both EU citizens and non-EU citizens get issued a NIE. The NIE is not a fiscal residency identification; you can have a NIE and be fiscal resident in another country.

Who needs an NIE in Spain?

The NIE is your all-purpose identification and tax number in Spain. You need it for everything that involves a trámite or official process in Spain. For example, you will need an NIE number to buy a property, buy a car, get connected to the utilities and, most importantly as far as the Spanish state is concerned, pay your taxes.

An NIE can be applied for in three ways:

I can help, either accompanying your meeting or as your representative.